The good news: The new "Holmes on the Range" novel is done!

The bad news: The new "Holmes on the Range" novel isn't done.

To explain that, I've got bad news and good news.

The bad news: The new "Holmes on the Range" novel isn't good enough.

The good news: The new "Holmes on the Range" novel is almost good enough -- and will be good enough (and hopefully better than just "good enough") soon! 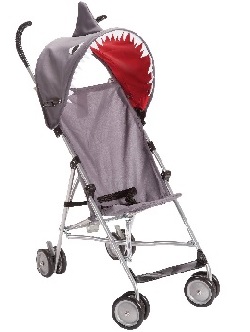 To explain that, I've got more news. I don't know if it's good or bad. It's sort of like when you read about people stealing a shark from an aquarium touch pool using a baby stroller. I mean, that's not good news. Not for the shark. I'm sure he was all like, "Oh, come on! It's bad enough they stick me in this little tank so 4-year-olds can yank my tail with their grubby Capri-Sun-coated fingers. Now these idiots are gonna wheel me out in a freakin' baby carriage? I'm a damn shark! Grrrrrr! Show some respect! Haven't you seen the trailers for Meg? We're bad asses!" On the other hand, the thieves were caught and the shark rescued, so there's a happy ending. Bad news doesn't have a happy ending...unless it's reported under the headline "[INSERT NAME OF POLITICIAN YOU DON'T LIKE] Enters San Quentin to Begin 50-Year Sentence," am I right or am I right?

Anyway, the sort-of-neutral news: My beta readers (not to be confused with betta readers) have the first draft of the new novel, and I've already gotten some extremely helpful feedback.

So I guess this is actually good news. So far. Not everyone's reported in. I could still have a "This book sucks" coming my way. But even if I do, there'll be good news to go with the bad news.

The good news (eventually): I will finish the damn book...

The bad news (possibly): ...even if the rewrites kill me.

Oh man, truly a best of times, worst of times situation! On the other hand, that beta reader gig sounds pretty sweet, lol. Good luck and keep at it!

Thanks, Matthew! I think the beta reader gig is actually a good news/bad news situation, too.

The good news: You get to read the book before everyone else.

The bad news: It still needs work, and if you want to see the final, perfect (or close to it) version of the story you have to read the dang thing all over again.

It will all work out, as my mother says. In all honesty, as much as I want to read it, I wasn't expecting the book until after the first of the year.

Patience is a virtue...

I'm willing to wait, as long as we do get it! I love those Amlingmeyers!

Thanks for the sustained enthusiasm, guys! "Patience is a virtue" definitely applies to anyone who's been hoping for a new book from me the last couple years....

Is this that "fake news" I've been hearing so much about. And if fake news is no news, does that make it all good news?!?

This is both real news and good news, Greg! Then again, maybe that's just what the Russians want you to think. Who can tell anymore? I'm not even sure it's me typing this. I might be a 'bot. Do 'bots get sleepy and need coffee and a cookie around this time of day? If not, then I guess I'm human after all. More good news!

I really liked the reader for the past Holmes on the Range books. I hope he will be coming back.

We'll see, Hearth. To be honest, I'm not sure how it's going to go with the new book re: audio. I'd love to be able to hand it off to Tantor, who did the first five novels with William Dufris. But I'll be surprised if that happens. (The first five books were published by St. Martin's Minotaur. This book will be published by little ol' me.) More likely I'll have to figure out an independent way to go for audio. That worked out fine with the short story collection "Dear Mr. Holmes," so I'm sure I can make it happen one way or another. Stay tuned....