How I Stopped Worrying and Learned to Love to Bomb

I'm not feeling groovy these days. Not that I ever felt super-groovy in the past. But there used to be times when I didn't feel like an extra in Rollerball every time I glanced at the headlines. I suppose living in an actual, honest-to-god dystopia should be pretty interesting from a sociological/historical point of view, but groovy it is not. I keep waiting for Charlton Heston to stagger up in a loincloth and damn me for blowing it all to hell. Or maybe scream, "In-N-Out burgers are people! People!" 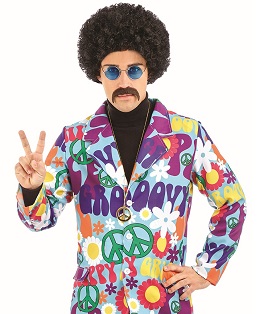 Note to film school students looking for a thesis topic: Why is it the 1960s and '70s gave us so many memorable flicks that faced what felt like imminent societal collapse and the 2010s give us The Happytime Murders and The freakin' Meg?

Side note for comedy connoisseurs: I had no idea that The Happytime Murders had already come out until a moment ago, when I noticed its 23% rating on Rotten Tomatoes. When I clicked through to the film's page, the verdict from critic Oliver Jones of the New York Observer caught my eye: "Fatally confuses crassness with subversion." And there we have it -- a diagnosis for half the bad comedy of the last 30 years.

Side-side note for anyone just trying to get to the point of this blog post: We're almost there.

Despite feeling like the Omega Man, I've taken "The 59th Street Bridge Song" to heart. I've slowed down. I was moving too fast. (Or I was trying to, anyway.) No, I'm not trying to make the morning last. (I wish I could skip it entirely, actually.) Nor am I kicking down any cobblestones. But I am looking for fun even if I'm not feelin' groovy...do-do da doo do do do-do-do. Feelin' groovy.

That groovy doo-doo-ing dude in the song -- he's got no deeds to do, no promises to keep. And that's what he and I have in common...at least when it comes to my writing. (Believe me, on a typical day I have many deeds to do and promises to keep. What do I look like -- a dirty hippie?)

A couple years ago, I burned out on contracts and deadlines and branding and sales. I'd spent the previous decade fretting about my writing career, and what did it get me? A lot of books on the shelf, not enough money in the bank and way too many worries on my plate. So I turned my back on it all. I was just going to do the one thing I really felt like doing -- write a new "Holmes on the Range" novel -- and not let the rest of it drag me down anymore.

Crap! We've segued into a different song. Oh, well. It fits. Or it would if not for current events. You know...the End Times? 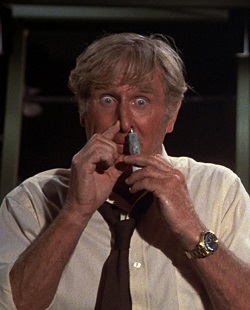 Worry worry worry. And Bobby McFerrin was right. When I stopped worrying -- by walking away for a while -- I got more happy. Unfortunately, now I'm worried about my country and democracy and the entire goddamned planet. Which makes me wonder if this is a "picked the wrong week to stop sniffing glue"-type scenario. Like, did I just happen to get my shit together at the exact moment the world swirled down the crapper, or is my brain so used to worrying it had to find something else to brood about if it wasn't going to be writing?

As the wise man once said, "The world may never know." Because it'll blow up before I figure it out.

In the meantime, here's my booby prize: I've really enjoyed the last two years of writing. I started out to do that new "Holmes on the Range" book and got bogged down and took breaks to do short stories and kicked around other ideas and blogged and generally did what I wanted. Very, very slowly, perhaps, but hey. I'd rather putter along having fun than be a red-hot dynamo burning itself out to pay the bills.

The "Holmes on the Range" book is almost done, by the way. I wanted to be working on the second draft by now, but I got a couple requests for other things, so I won't get back to it for a couple weeks. It was supposed to be out by the end of 2017, then by the end of 2018, and now I'm not entirely sure when it'll be ready. Soon-ish?

If you're a fan of the series and you're worried about it, please don't be. I'm not.

By all means, take your time. I'd much rather wait for a quality product than have something half baked dumped on my plate. And as for the state of the world, I'm not worried. All I'll say is that elections come and go (not fast enough, but I digress) and so do the people who win them. Besides, looking at it from a historical perspective, the world is actually a lot more peaceful than it used to be.

Best of luck on all your projects, can't wait for more Holmes on the Range!

Thanks for the patience and the vote of confidence, Liam! I do think taking my time will make Holmes on the Range #6 a better book. So I guess it's a win-win, because taking my time keeps me from burning out, too. Which ultimately means I'll write more books as opposed to less. So it's really a win-win-win. So much winning, as they say!

And you're right about the world actually being a less violent place than in the past: I've heard about those studies, too. You know how it goes, though. One peek at the headlines (or the comments sections...oy) and it feels like we're 10 minutes away from "Planet of the Apes."

A happy Hockensmith leads to great stories! By the way, pot is legal in California so maybe next time smoke a joint THEN read the news.

I don't judge pot users, Eric, but that stuff ain't for me. If you want a happy Hockensmith reading the news, it's a lot easier to just let me sleep in late!