The Year(s) of Writing Dangerously

In January of 2017, I began working on a new novel. I didn't have the plot worked out yet, but this much I already knew: It would continue my "Holmes on the Range" series and it would be about 50,000 words long -- too short for a traditional publisher but just right for a book I planned to put out myself -- and it would be done by the fall and on sale by December.

And I was right! Kind of. It will be on sale in December. This December. Next month. (Exact pub date coming soon.) The book took an extra year to finish.

Quoth the raven: What the hell happened, Hockensmith? Let me count the ways. 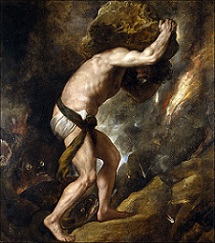 Excuse #1: The book was hard to write. Why? Because -- pay attention, now -- books are hard to write. As with every novel I do, I lost faith in this one about a third of the way in. (Sometimes I make it half-way in before I decide it's crap. I never get beyond that.) So, as always, I had to stop and go back to the beginning and work my way through the manuscript and fix the things that weren't working. Which wasn't a lot, actually. News flash: I was wrong! The book is really good! Breaking news update: I'm always wrong! The books are always fine! (Especially after some tweaking...which I can't resist doing before the first draft is actually finished, for some reason.)

Excuse #2: I got back the rights to four of the original "Holmes on the Range" novels and stopped writing so I could go through them again and put them back out myself. The upside: I discovered to my relief that (see above) they're all actually quite good (hurrah!) while re-immersing myself in the series. The downside: It took months.

Excuse #3: I was asked to write some short stories. I turned down the first opportunity because I was being a good doobie and focusing on the novel. But by the time the other requests came in I was distracted anyway, so I figured I may as well be a bad doobie. And since I was already taking a break to write short stories by request, I threw in a few more just for the hell of it. Two of them -- one for Ellery Queen Mystery Magazine, one for Alfred Hitchcock Mystery Magazine -- also come out next month. And I'm thrilled, of course! But it did make me even more late, late for a very important (pub) date.

Excuse #4: The longer I worked on the book, the longer it became. Which might get a big "Well, duh" from you, but I don't just mean that I added words. I added twists and turns and chapters, too. And, yes, lots of words. So that lean, mean 50,000-word book I wanted to write? Now it's a not-quite-so-lean and really-rather-nice 75,000-word book. Just like my usual inescapable crisis of confidence, this expansion always happens: I haven't finished a story or novel yet that was shorter than I thought it would be. Even this blog post is longer than I anticipated. I sat down to type "The new book comes out next month!" and just look where it's gone from there. And geez -- I still have one more paragraph to go! Because there's one more reason this book took a while, and it's probably the most important of all.

Excuse #5: No one was waiting for it. O.K., maybe you were. And...oh, somewhere between 500 and 5,000 other people. (I'll find out the exact number soon.) But no one with a contract was waiting for it. No editor, no publisher. Which meant no due date. It would be done when it was done. That was a lovely change of pace from the hurry-hurry-hurry I was used to with deadlines. Then again, the hurry-hurry-hurry meant I couldn't dawdle-dawdle-dawdle, and this time I feel like I did. But on the other hand, so what? What does it matter if it took me two years to finish a book that, once upon a time, I could've done in 10 months? (Even when I'm hurry-hurry-hurrying, I'm not exactly fast.) I'm asking that of myself because the end of one project means the beginning of another. How do I want it to go? What do I want it to be? What am I trying to achieve? What should I have for lunch? There's a lot to figure out. "A journey of a thousand miles begins with a single step," the old saying goes. And Lord knows writing a book can feel like a journey of a thousand -- hell, a million -- miles. So what's my first step going to be this time?

I think I know. 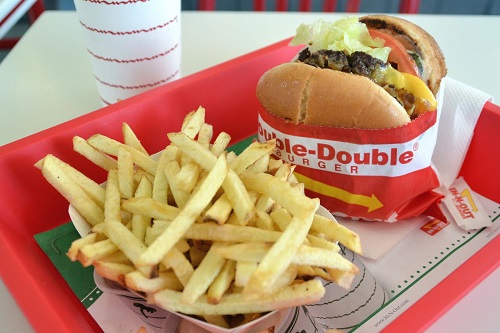 Hey Steve -- the one thing that I didn't see in your litany of excuses -- uh, er, "right reasonable reasons for delay" -- was the non-writing responsibilities of self-publishing. Did editing, designing, marketing, etc. and/or thinking about those things have much impact?

Regardless ... the wait is nearly over and it sounds like waiting is not the hardest part, writing (and not writing) is.

Great question, Greg! I'd say the editing (in this case gathering feedback from test readers and going through the book again) added a couple months to the process, while the design and formatting stage will take up another month or so. The marketing (what little of it I have planned) I'll do concurrent with the release, so that won't even kick in until December. In the end, the delay really does boil down to (A) I wrote more slowly than I wanted to and (B) I got distracted by other projects. The next time I do a self-published novel I'm hoping I can stick to the original plan for this one: keep it short and don't dither with it. But I don't know...that's probably just not how my brain works!

Thanks for sharing about all your struggles, Steve. It's somehow comforting to hear that a talented, successful author such as yourself still has some of the same issues that I have when writing a story. I've already got this HOTR book on the list for Santa to deliver, if he ever forgives me for the gluten free cookies I left him last Xmas that is.

By the way, do you have any update on a new Tarot book? I know I asked you this a while back and I think you said you were a bit stuck getting the rights back to those books. Anyway, happy writing on the new project!

I'm sure Santa Claus will forgive you for the gluten-free cookies, Eric. But if you'd left him *vegan* cookies, your holly jolly Christmases would be over for good. Remember: Nobody likes a skinny Santa. The man needs his butter.

I've made progress on the tarot front: The rights to the first book in the series will be returning to me and Lisa Falco shortly. (Technically, they already have, but I'm still waiting for the original publisher to pull the e-book from Amazon.) It'll probably be a couple more years before the other two tarot mysteries are back in our grasp, though, so the waiting game continues. I'm this/close to getting the rights back to another of my books, however. If all goes according to plan, it'll be mine again in the spring, after which (hopefully) I'll be announcing the release of a new edition. Stay tuned....