Man of the West

I love a good ska song. Unfortunately, good ska can be a bit like a good man or a cop when you need one: hard to find. Sturgeon's Law -- which tells us that 90% of everything is crap -- doesn't go far enough for ska. Here's Hockensmith's Amendment to Sturgeon's Law: 90% of everything is crap except for ska (which is 99% crap), reality TV (which is 100% crap) and the Star Wars prequels (which are crap to infinity). 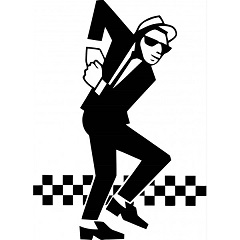 Ska, for those of you who didn't grow up listening to not-particulary-popular New Wave/alternative sub-genres of the late '70s and mid-'90s, is the peppy Jamaican precursor to reggae that was appropriated by white kids who weren't angry enough to be punks. It's a deceptively simple style -- it creates a bouncy dance rhythm by emphasizing every upbeat -- which probably explains its appeal to teenagers forming their first garage band. Learn a couple chords and you're halfway to writing your first ska song. The other half: whipping up lyrics that remind the listener that he or she is hearing ska and hence should be "skanking." ("Feel that beat/move your feet/take a chance/get up and dance," etc.)

Clever songwriters -- Chris Murray, Dan Potthast, Tim Armstrong and the guys in Madness and Johnny Socko come to mind -- are able to pull off the neat trick pretentious critics sometimes ascribe to genre authors they wish to pat on the head. They "transcend the genre." Most ska bands can't, alas. They give you the un-cha-un-cha beat and maybe some horns and a lot of "take a chance/get up and dance" lyrics, and that's it. They lack the talent and creativity to offer more...or even just pull off the straight-up-the-middle approach well.

I love a good Western, too, but the genre's got a ska problem. Which isn't to say there are too many Westerns about skanking cowpokes. (As a matter of fact, I can point to at least one album that proves ska and Westerns are two great tastes that taste great together.) Rightly or wrongly, ska is easy for snobs to dismiss because so much of it follows a simple formula, and Westerns are the same way. Good guy + bad guy + horses + hats = Western, some assume. 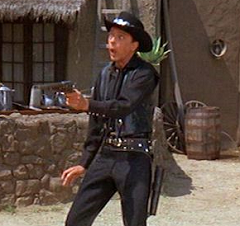 Of course, there's nothing wrong with a formula -- just like there's nothing wrong with a ska beat -- if it's used with skill. I can think of a hundred books and movies that follow the "good guy + bad guy + hats + horses" equation and add up to great entertainment. Unfortunately, one could point to a million that are completely forgettable. I'm not sure if the percentage of good to shaky (or downright crappy) is as low as it is for ska, but Sturgeon's Law most definitely applies.

I've been thinking a lot lately about what I'm going to write next, and a Western...I'm tempted, despite all the misfires. Westerns can be a ton of fun, done right. The "Holmes on the Range" books are obviously Westerns of a sort, though I've always thought of them as historical mysteries first and foremost. What would it be like to double-down on the horses and hats?

So I've been reading and watching a lot of Westerns, and I've noticed something. My tastes have shifted since I wrote about the genre a few years ago. Two of the Western films I put on my top 10 list back then -- The Searchers and Rio Bravo -- wouldn't even make my top 20 now. And a couple that were M.I.A. before -- The Big Country and Shane -- are now near the top. 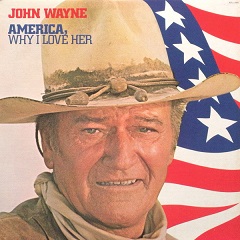 Have I soured on John Wayne? Nope, despite the recent kerfuffle about his less-than-enlightened views on race, sexuality and politics. I simply decided that I don't dig Rio Bravo as much as I used to, and the elements in The Searchers that I always found problematic bother me a bit more now. I'd never have asked the guy to fill out a ballot for me, but I can still enjoy the heck out of a John Wayne popcorn adventure like The War Wagon or The Train Robbers.

The Big Country and Shane, meanwhile, grew on me thanks to their more nuanced, thoughtful approach to violence. I'm an old-ish man in a sad old world, so I have a new appreciation for a Western that can be both old school entertaining and grown-up about killing. It makes me want to give High Noon another try. I used to think it was dull. Maybe it's just adult.

Am I going to write a Western of my own? A Western-Western, I mean, without all the "deducifying" stuff in my mysteries? I don't know. If I do, I hope it's got more going for it than "feel that beat/move your feet." In the meantime, I'm going to keep exploring -- and enjoying -- the genre. Finding a great Western, like finding a great ska song, might seem like a long shot sometimes, but it's one I'm willing to keep taking for the sheer joy of the occasional bull's-eye.

Honorable mention: Winchester '73, The Man from Laramie, Firecreek, The Gunfighter, Hombre, The Outlaw Josey Wales, Fort Apache, Day of the Outlaw, Death Rides a Horse, Last Train from Gun Hill, Hour of the Gun, Support Your Local Sheriff, Warlock, The Great Silence, The Professionals, The Ballad of Buster Scruggs, The Ox-Bow Incident

Whatever you decide to write I'll sure it will be outstanding. I like a lot of these movies including Shane and Little Big Man but many I haven't seen yet. Thanks for the recommendations! By the way, I'm kinda surprised Blazing Saddles didn't make your list, or is that not a true western?

I try to emphasize positivity these days, so I didn't want to list all the "classic" Westerns I don't actually like. But what the heck -- we're all friends here, right? I can get a *little* negative, can't I? So....

"Classic" Westerns I Don't Actually Like (Or at Least Don't Like as Much as Everyone Else)
*Blazing Saddles (I tried watching it with my film-loving 15-year-old recently, and he didn't connect to it at all. We got about 45 minutes into it -- during which I chortled three or four times and he stayed stonily silent -- before we switched to something else.)
*Once Upon a Time in the West (Soooooooo self-indulgent. Soooooooo over-long.)
*McCabe and Mrs. Miller
*Pat Garrett and Billy the Kid
*The Magnificent Seven (Which I do actually like, but that's it. I like it. It's fine. But I also think it's kinda corny and about 45 minutes too long.)

I think 'The Man who Shot Liberty Valance' should be somewhere in the top 10. 'The Ox-Bow Incident' is also a classic.

I agree with you about 'Blazing Saddles'. It's a tad corny, and I never did care for the ending.

Will your potential new western book be humorous in nature?

I agree, Bryan -- "The Ox-Bow Incident" is great (if a HUGE bummer). I've added it to the Honorable Mention roll call. "The Man Who Shot Liberty Valance" is on the long list "John Ford Movies I Should Love But Only Like and I'm Not Sure What's Up with That." I haven't seen it in a few years, though, so I'll plan on revisiting it soon.

I've been kicking around a few ideas for Westerns but I'm not sure if I'm gonna pull the trigger on one (so to speak). You can pop over to this blog post on the SleuthSayers site to get a little insight into why I might not do one: https://www.sleuthsayers.org/2019/03/dark-destiny.html
The bottom line: I don't know if there's room in the genre (at least as publishers and hardcore fans define it) for me to be myself, so maybe I'm better off focusing on markets that are more open to my kind of goofiness.

For better or worse, the 'Western' (books and movies) started falling out vogue in the late 70's. Of course it wasn't a complete collapse, but it's not what it used to be. The Western reigned from the late 1800's through the mid-70's. Perhaps because it was so popular with the masses, Westerns garnered little respect among its peers. Only 3 won the best picture award and 2 of those were from the 1990's (Dances With Wolves and Unforgiven) after the Western fervor had ended. Even the Western artist, Federic Remington, was dismissed by the art world as low talent; however, he did gain some respect when he began his bronze sculptures. He was also one of the most successful artists of his day.

What hasn't went out of style is Christmas, and you've shown your own fondness for the day through your short stories. Perhaps you can write a ghost story (or zombie story) with a Christmas theme. An Englishman did this in 1843, and the book has never went out of print. You might even consider a 'Christmas Carol. In Prose with Gremlins'.

Burnout is definitely part of the reason the Western fell out of favor. As you point out, it was one of our dominant genres for decades. That couldn't last -- especially after the huge cultural shift of the '60s and '70s. People keep wondering when the tide will turn for superheroes, but I think there's still a lot of gas in that engine. I doubt they'll rule over the culture as long as cowboys did, though.

Interesting ideas! I thought I was done with Christmas stories, but then I got inspired again and did a couple. The first was the Big Red/Old Red story that recently appeared in Ellery Queen. The second...stay tuned!